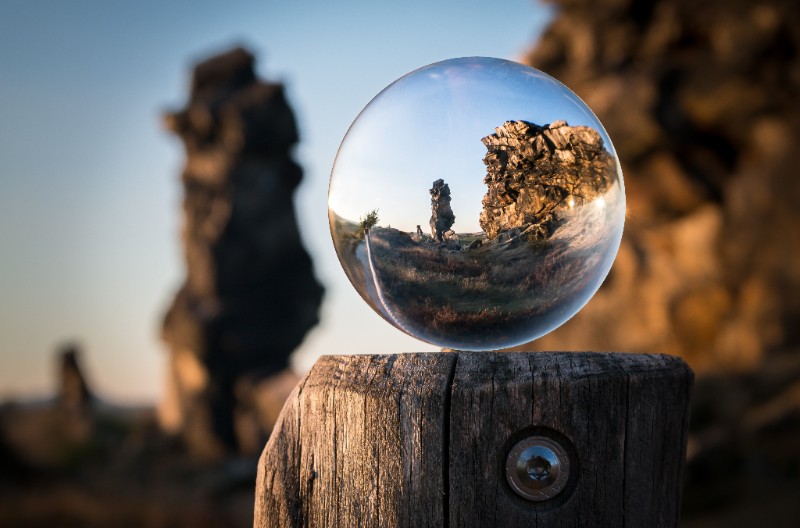 Most companies lack a crystal ball to view potential hires

Disclaimer: Social media profiles may contain information about a candidate which might provide grounds for employer discrimination in certain jurisdictions (e.g., disclosure of race, sexual orientation or marital status).  Before adding Social Media Screening to your prospective employee onboarding process, please seek the advice of the appropriate legal counsel.

Recently, Facebook announced they had 1.79 billion users worldwide. With a global population of 7.5 billion people, this means roughly ¼ people in the world are on Facebook. Since we know there are vast swaths of the planet without internet connection, this suggests the concentrations of prospective employees active on social media is probably much higher. If we add other platforms such as LinkedIn, Twitter and WeChat, the number starts to balloon exponentially. Using theories of affinity (e.g., birds of a feather…) could allow employers to screen out dubious employees with a propensity for dishonesty, theft or any other behaviors inconsistent with a productive workplace.

Birds of a feather

Various industries have begun mining social media data for different reasons. In these instances, terabytes of anonymized data are used to identify risks of default for loans or insurance. Last year, Facebook itself updated a patent to allow its data to be used to assess credit worthiness. The main thinking behind this approach is that people with similar behaviors tend to associate with one another. If 9 of your friends own their own homes, have excellent credit and steady jobs, then you are more likely to be a good credit risk for example. On the other hand, if 9 of your friends engage in minimal to no regular exercise, have poor diets and eating habits and rarely get health screening, then you are probably also a high risk prospect for health insurance.

In the US, concerns over privacy limit the extent to how prevalent these practices might become. However, in countries such as Singapore, there tends to be a greater emphasis on the public good or the benefit to business. Using social media as signaling mechanism would likely be seen as a useful tool.  The Philippine start-up Lenddo began as a peer-to-peer lending platform using Facebook as part of its underwriting algorithm. It has now pivoted and works directly financial institutions to screen potential loan applicants. So if social media can be used to screen likelihood to repay, can it screen for likelihood of tardiness, promotion potential or other job performance measures?

In July 2016, Singapore-based 99.co faced a serious issue with a recent hire who drew the ire of the public on Facebook. Sonny Truyen was upset over the lack of Pokemon Go in Singapore at the time and took his umbrage out online. His initial remarks got attention, but his defiant responses and lack of shame caused the episode to spin out of control. The Australian SEO consultant was swiftly sent packing and the CEO Darius Cheung issued a heart-felt apology on behalf of the company. Would a more thorough social media screening of Mr Truyen’s profile have identified this type of behavior in advance? Maybe, maybe not. However, given the number of people on social media, and the growth projections for platforms like Facebook and WeChat, employers will have access to more and more data about potential new hires.

Increased use of social media in background checks

Social media monitoring as already done by 40% of American private sector companies. According to Jobs Central, 75% of Singaporean companies do online research of potential employees. In fact, some reports suggest that social media screening has increased 5x in the past 10 years. Where will it end?

The US government does not have a reputation for cutting edge technology. Given that there are nearly 3 million civil servants, making sweeping changes is extremely hard. In May 2016, the federal government announced a new policy to examine social media profiles for people in sensitive positions. While this seems to be limited for people with access to classified security information, it doesn’t seem unreasonable to have this policy extend further. If the slow moving bureaucracy of the US federal government has started to adopt this practice, it’s an indication of its broader acceptance and likely to become the standard before we know it.

According to Biz Journals, the Office of Personnel Management (the US agency responsible for hiring) now conducts 1 million background checks every year. There are plans to automate social media profiles of potential employees via a third-party service. At this stage, only public information will be reviewed. However, as with Lenddo or other services, there is a possibility in the future where the third party contracting company already has access to user data via an app or other opt-in tool.

What can you do?

Depending on the size of your company, you can handle your own social media screening of prospects. However, best practices are to outsource this function to avoid any potential liability around what information you uncover during your review process. If you view someone’s Facebook profile and see that they have a legal lifestyle choice that differs from your own, can you reject the candidate? If you do, can you be sued for discrimination? Reviewing a LinkedIn profile to look for consistency around credentials or previous work experience would not likely cause any problems. However, reviewing a prospects Facebook profile to see how they spend their weekends, who their friends or spouse is or what religion they practice might violate certain labor laws. To minimize your exposure as a potential employer, you should look to hire a firm to handle social media screening for you the next time you look to add headcount.  Email info@checkbox.sg for more information.

The importance of what you post on Social media can affect your current job and or job application.

One of the services Checkbox provides is looking at potential candidates’ social media account; to know if they are involved in activities that may jeopardize the company or country culture.